Because of Grácia: A Novel 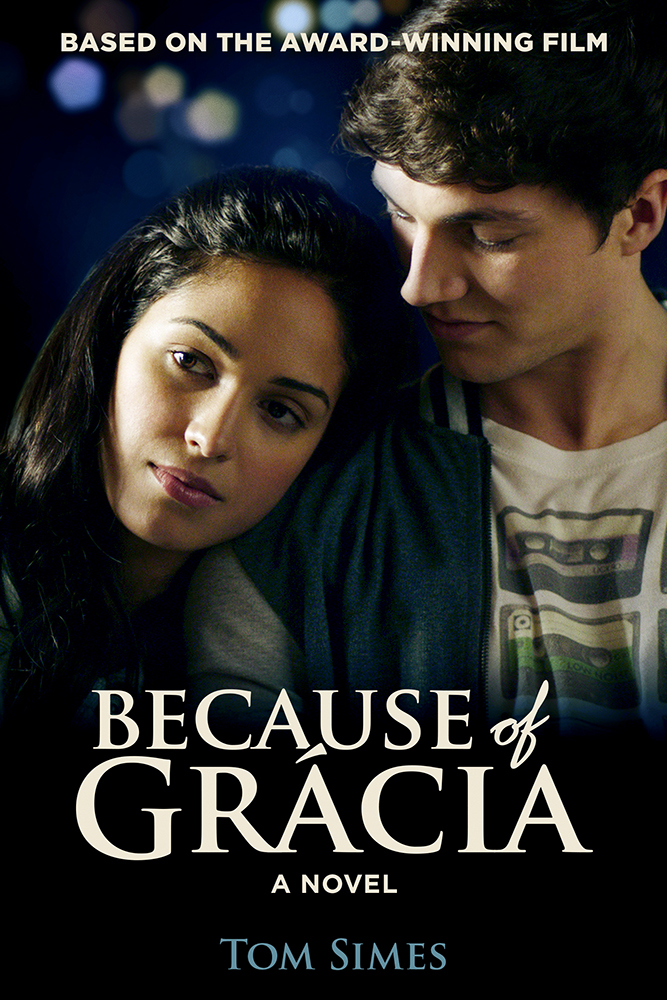 Based on the award-winning film starring Moriah Peters and Chris Massoglia, Because of Grácia follows the stories of Chase Morgan, Grácia Davis, and their fellow high school seniors as they face life altering decisions on their journeys of faith, friendship, and love.

Get Because of Gracia direct from Dexterity.

Because of Gracia is available wherever books are sold, including the retailers below.

Based on the award-winning film starring Moriah Peters and Chris Massoglia, Because of Grácia follows the stories of Chase Morgan, Grácia Davis, and their fellow high school seniors as they face life-altering decisions on their journeys of faith, friendship, and love.

Chase Morgan would love to live up to his name and pursue something great. It’s his senior year and he’s still as insecure as ever, but Eastglenn High’s newest student is about to turn that around. Grácia is a girl with charisma, intelligence and conviction, but she’s not as “together” as Chase and his best friend OB might think. A dark past gives her a unique connection with Bobbi, a misunderstood classmate with a strained home life and an all-too-cute boyfriend as her means of escape.

As Bobbi struggles with a life-and-death decision and Chase risks rejection, Grácia challenges her friends, teachers and even herself to experience the transformative power of grace.

Tom Simes has been working with young people for 35 years as a community leader, athletic coach, stage & film director, ministry leader and high school teacher. Because of Grácia is his fifth feature film. He is currently teaching filmmaking to eleventh graders in Canada. Tom and his wife Michelle have 4 children and live in Saskatoon Saskatchewan, the heartland of Canada.

Rick Killian has ghostwritten or had the editorial lead on more than fifty books. Rick was the developmental editor on the platinum-selling Jesus Freaks and ghostwrote Jesus Freaks: Revolutionaries by DC Talk and The Voice of the Martyrs. He also helped to write New York Times bestsellers The American Prophecies and The Final Move Beyond Iraq by Michael D. Evans. He recently also ghostwrote another book that involved an international adoption entitled Taking on Goliath by Jim Dotson. Rick’s projects have sold more than three million copies. He and his wife, Melissa, live in Boulder, Colorado, where they enjoy walking their son’s dog, Arwen, and trying to keep their daughter’s cat, Milo, from getting out at night. They also play tennis, love the Rocky Mountains, and read as much as possible. For more on the Killians and other projects they have worked on, see their website at KillianCreative.com.

Because of Gracia: A Film and Faith Conversation Guide

Because of Gracia: A Film and Faith Leader’s Guide

Because of Gracia One-Sheet

Because of Grácia will move young men and women in truth, challenging all in a life changing message of hope.

Filmmaker, End of the Spear and Last Ounce of Courage