Blitz Your Life: Stories from an NFL and ALS Warrior 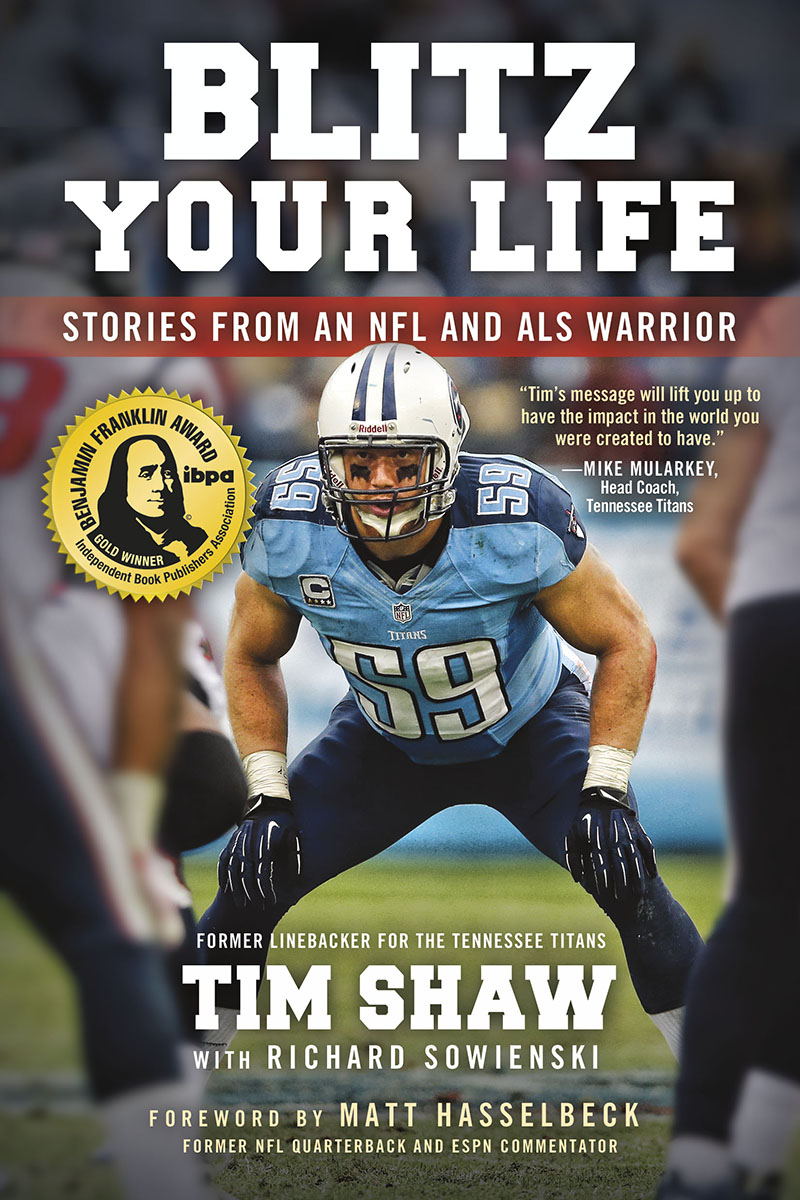 Winner in two categories at the 2018 Benjamin Franklin Awards, Blitz Your Life is a collection of reflections and challenges from former NFL linebacker Tim Shaw. Shaw shares stories of ordinary people who have faced everyday challenges and accomplished extraordinary things, as well as from his his NFL days and support of ALS awareness. This fighter’s message is a courageous call to enjoy a purposeful life.

Get Blitz Your Life direct from Dexterity.

Blitz Your Life is available wherever books are sold, including the retailers below.

If you’ve ever dreamed of something more in life, this book is for you.

Winner in two categories at the 2018 Benjamin Franklin Awards, Blitz Your Life is a collection of reflections from a former NFL linebacker on a life lived fearlessly and challenges from a man with a sense of urgency for impact. These powerful stories range from Tim’s time on the football field to the radically different life and goals that resulted from his diagnosis with ALS in 2014. Tim also shares stories of ordinary people who have faced everyday challenges and accomplished extraordinary things. Whether they sweep floors or rebuild neighborhoods or make music, all are living lives that make a difference.

At times funny and others serious, Tim encourages readers to write their own goals and stories while pursuing their dreams. Through his whiteboard challenges, he provides practical help that takes readers on a road to success. From his NFL days to his support of ALS awareness, this fighter’s message is a courageous call to find and enjoy a life with purpose.

As linebacker and Special Teams Captain for the Tennessee Titans, Tim Shaw was known for his speed, hard-hitting ability, and enthusiastic leadership skills. His seven years in the NFL included seasons with the Carolina Panthers, Jacksonville Jaguars, and the Chicago Bears, where he set a club record for special teams tackles. He was also named to the USA Today All-Joe Team, honoring the NFL’s unsung and underrated players. As a three-year starter and graduate of Penn State, Tim earned Academic All-American honors. He also holds an MBA from George Washington University. Now an entrepreneur and investor, Tim is a frequent motivational speaker and supporter of ALS awareness. Blitz Your Life is his first book.

Richard Sowienski is associate professor at Belmont University and directs the first undergraduate Publishing Program in the U.S. He’s held a variety of writing and editorial jobs, working for Better Homes & Gardens, Raising Teens, Country America, Successful Farming, and The Missouri Review. He and his wife Rola call Nashville home.

In April 2018, Dexterity won the Gold Award in both categories for Blitz Your Life at IBPA’s Benjamin Franklin Awards—Best Cover Design/Nonfiction and feature award of the evening, The Bill Fisher Memorial Award for Best First Book in Nonfiction. See the full list of winners here: https://bit.ly/2GMTV4f #BFA2018 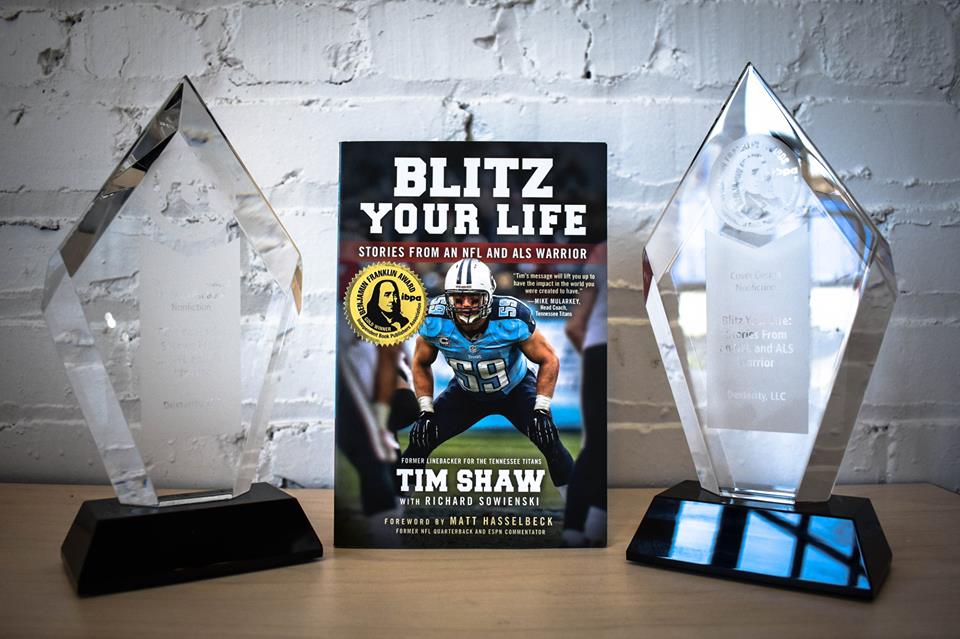 If you want to know how to fight life’s battles with hope, compassion and wisdom, read this book! Tim knows better than most what it takes to win on and off the field!

From the first time you meet Tim Shaw, you know you’ll never forget him. It may be his strength of character that impresses you, his sincerity, or humility; but whatever it is, he is an inspiration to everyone he meets. He was before and is now, even carrying the extra burden of ALS. His message of hope and becoming all who God created you to be through whatever you face, which he expresses in this book, will lift you to live the life and have the impact in the world you were created to have.

As a leader, Tim shows us how to attack life head on. His spirit and will are contagious, as is his desire to help others become their best. Tim embodies what a Penn Stater is all about.